Jack, a fast bowling all-rounder, is in his 11th year as a professional cricketer and has his roots firmly planted within Oxfordshire, having grown up in Tiddington and learnt his trade with Oxford Cricket Club.

After excelling for Oxford CC, he was selected to play minor county cricket for Oxfordshire in 2008 and after impressing, joined Northamptonshire CCC, making his first class debut against the touring Australian party.

Soon becoming infamous as the ‘Headband Warrior’, Jack joined Yorkshire in 2012 and at the end of last season clocked up the impressive feat of his 100th first class match.

About his new role with Chadlington Brewery, Jack said:
“It’s great to have teamed up with Chadlington Brewery. Oxfordshire will always be my home and many of my family and friends are still here. The brewery’s connection as a main sponsor with Oxfordshire Cricket Board makes this an excellent link up. I’m a fairly sociable young man and think of myself as a connoisseur of beer and ales, so as I start to plan for my future when cricket finally ends in a few years, this felt like a perfect fit. I’m really excited to be working with the brewery and enjoy the excellent ales and new ‘Boat Race’ lager. Everything is synonymous with Oxford and the great Oxfordshire countryside and I’m hoping I can play a major part in its rapid development and growth.”

Chadlington Brewery’s Commercial Manager, Luci Crudge said:
“Having Jack as part of the team is terrific, he brings huge energy, enthusiasm and professionalism, and is a genuine part our team.” 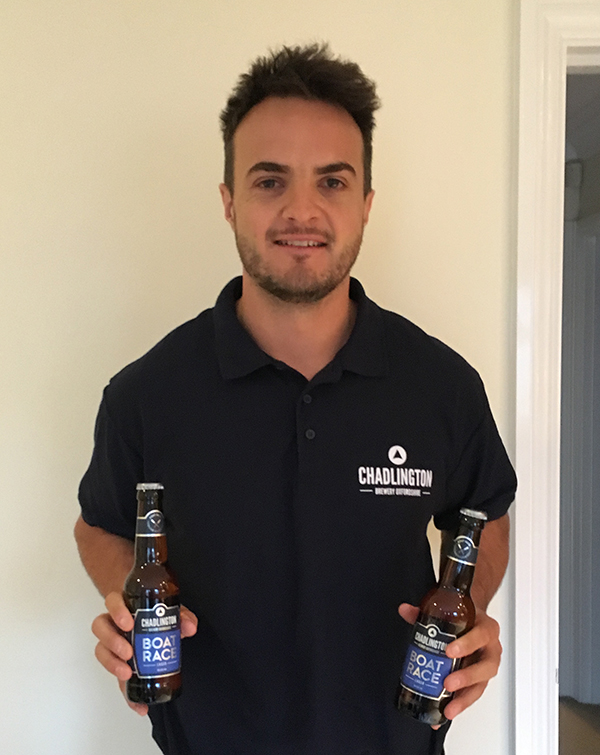